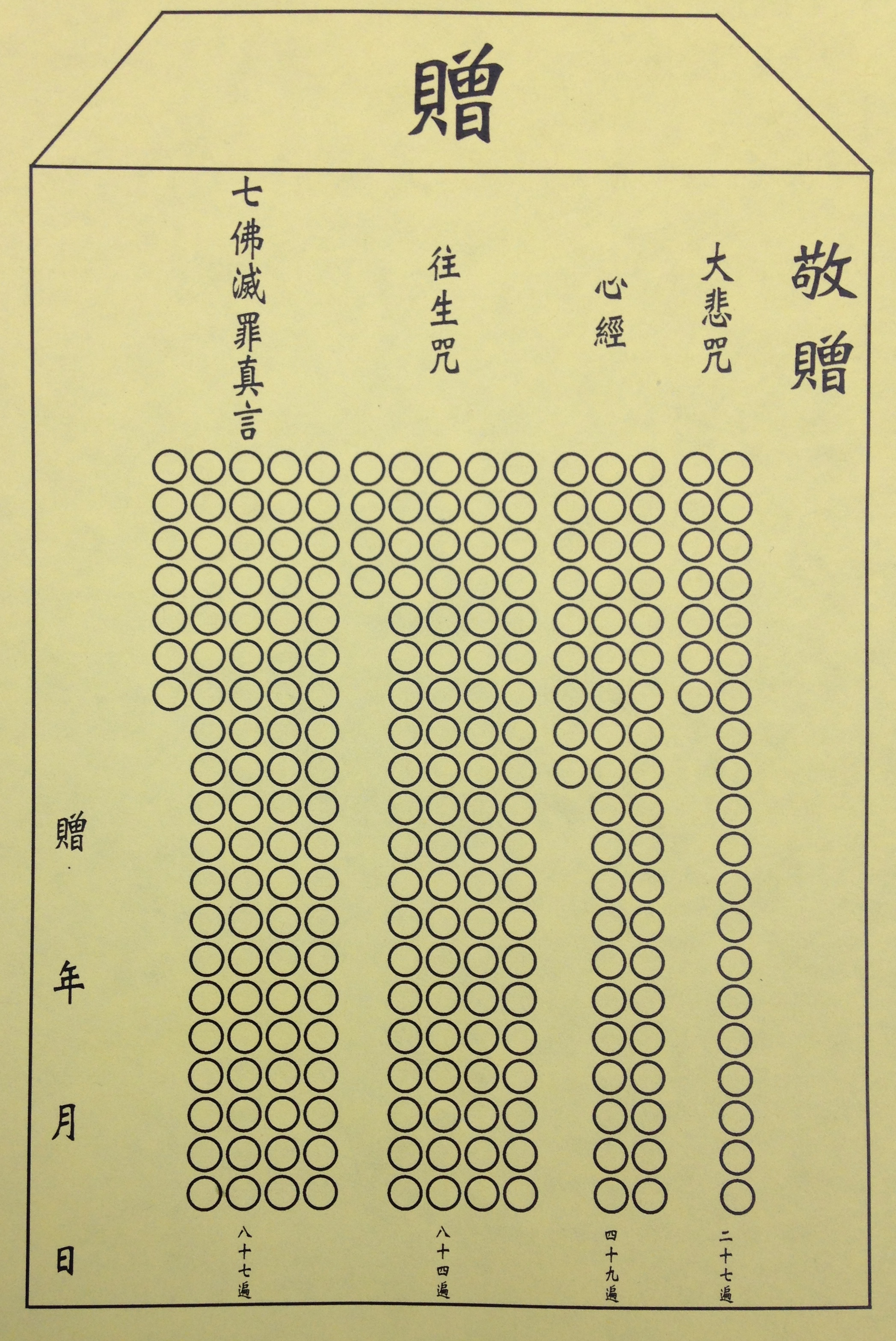 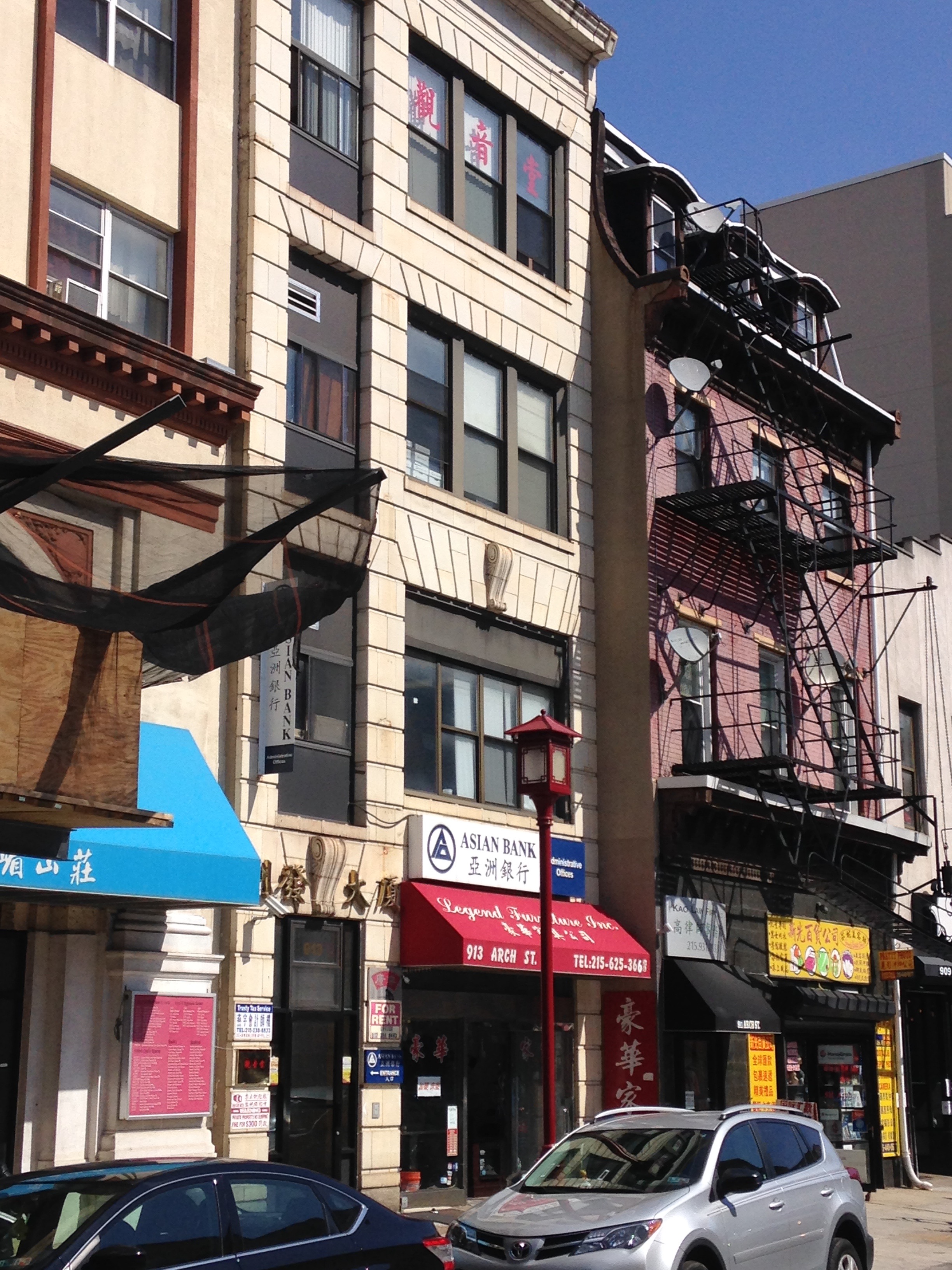 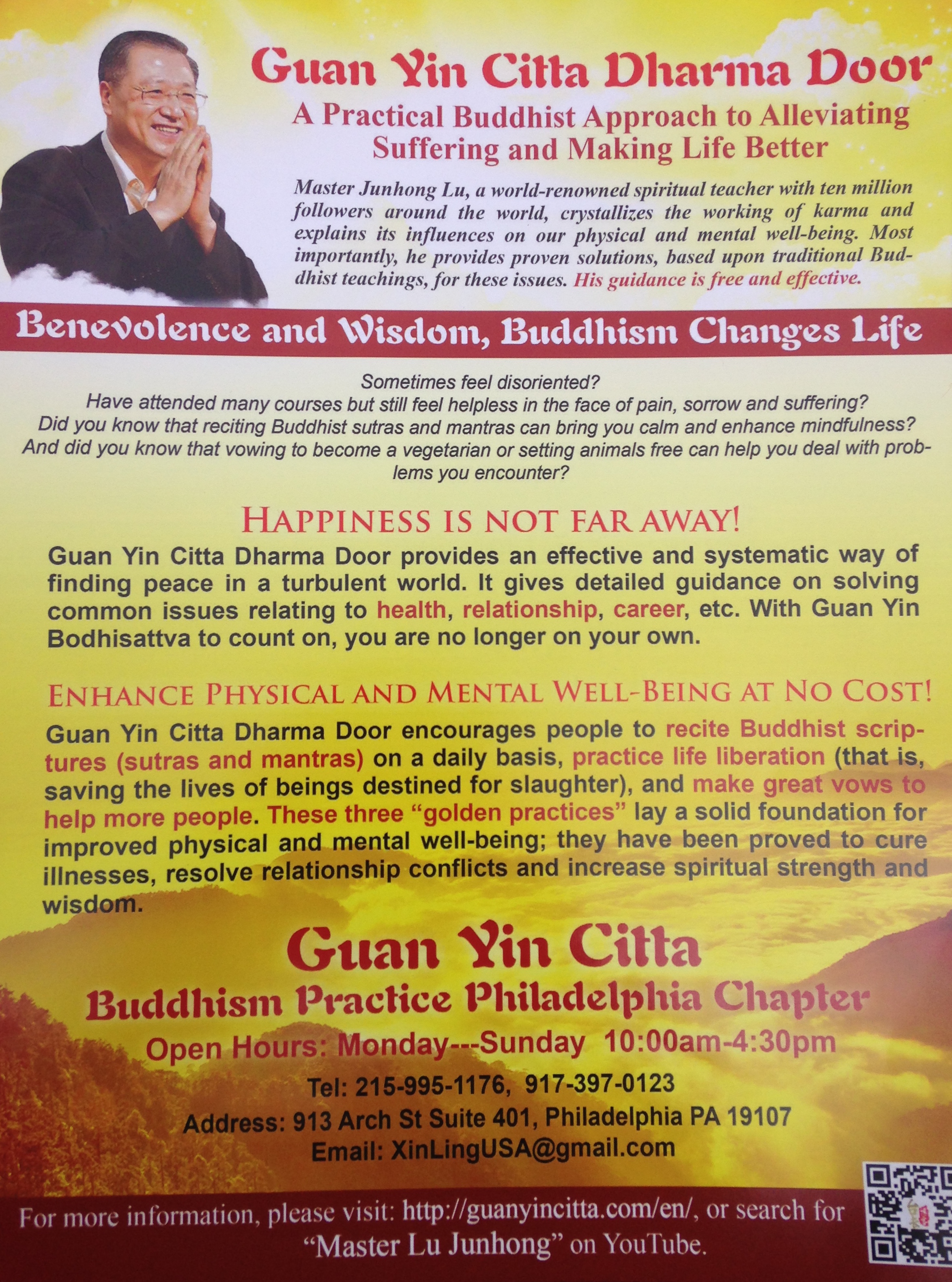 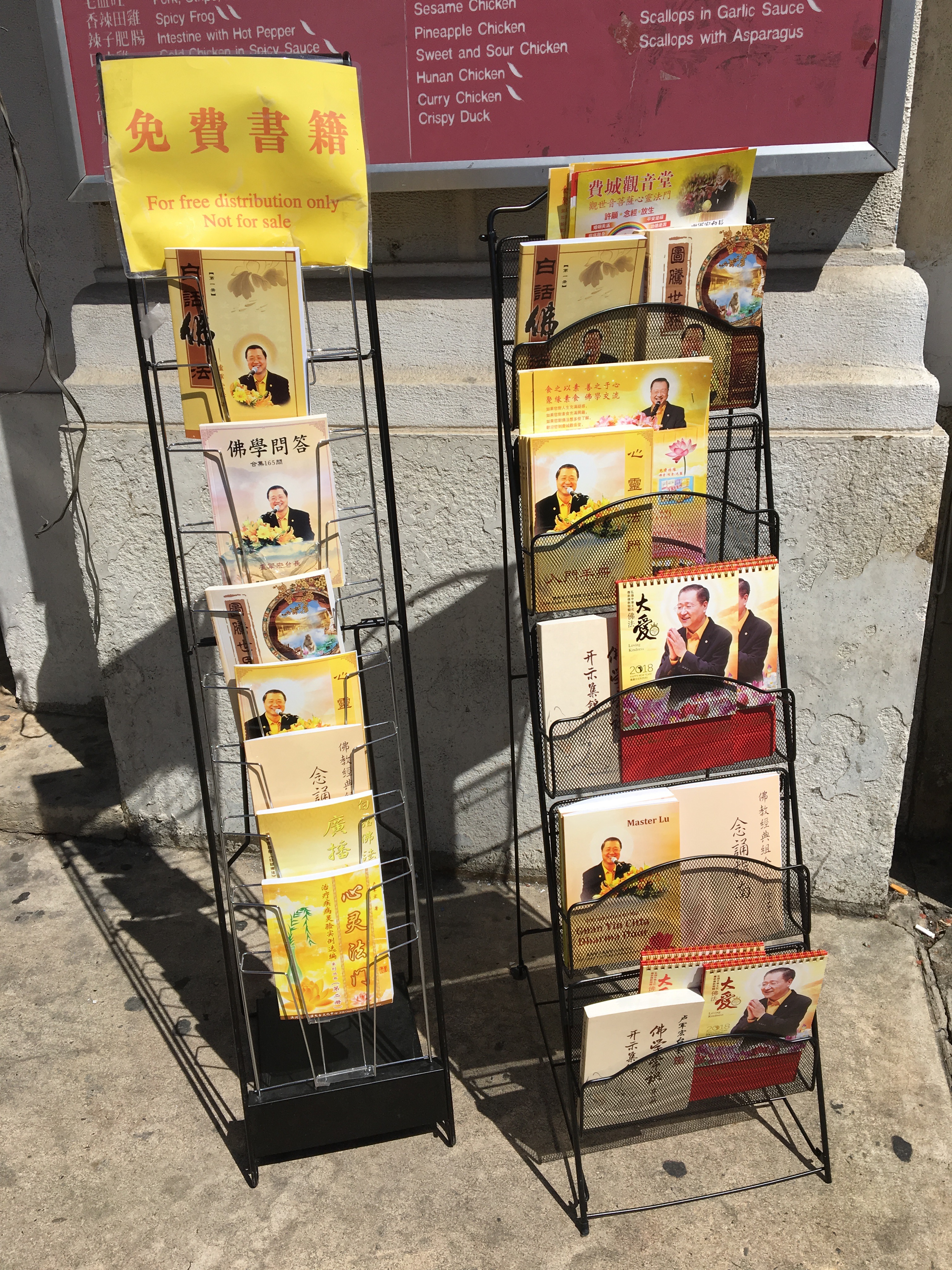 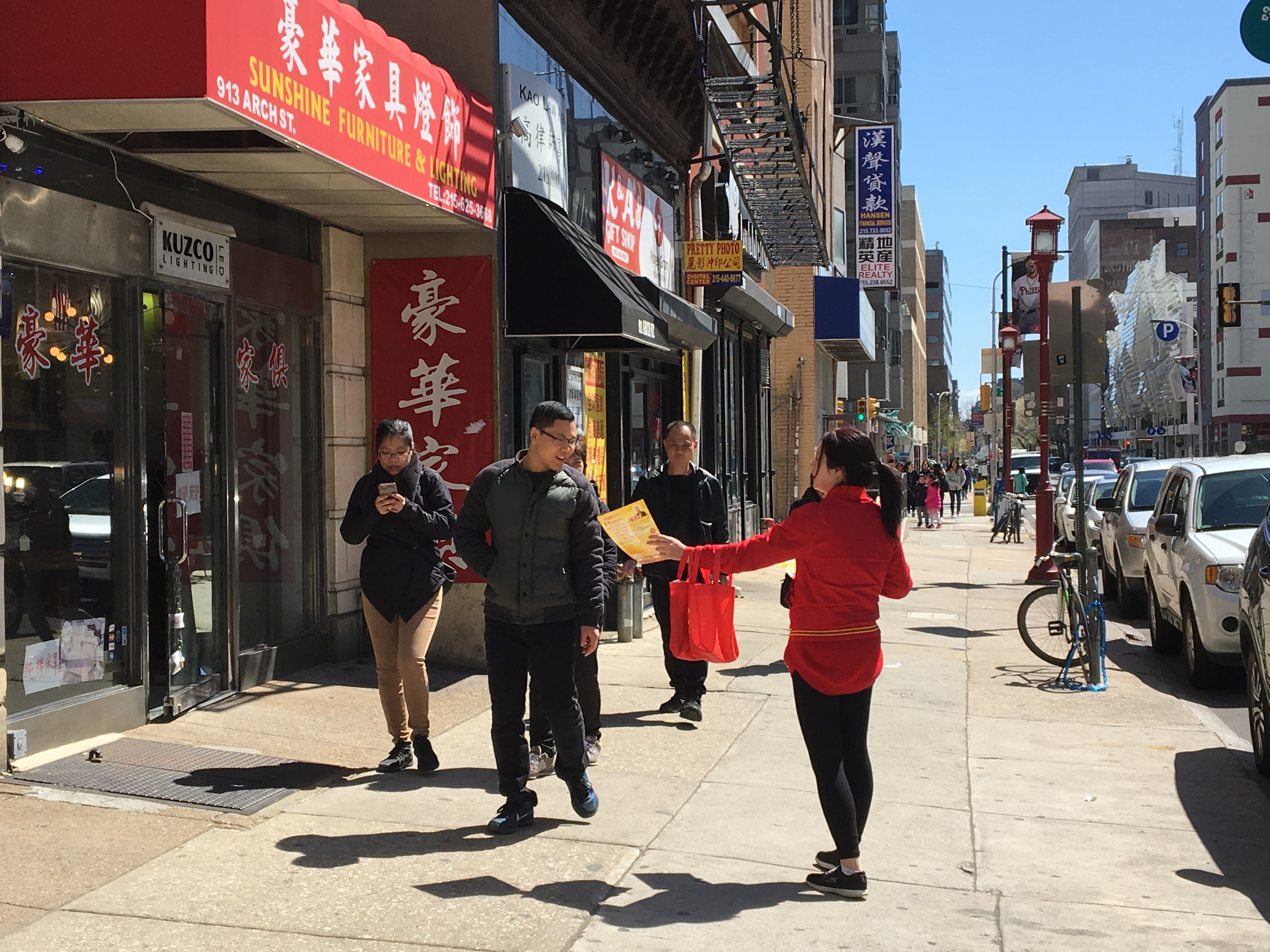 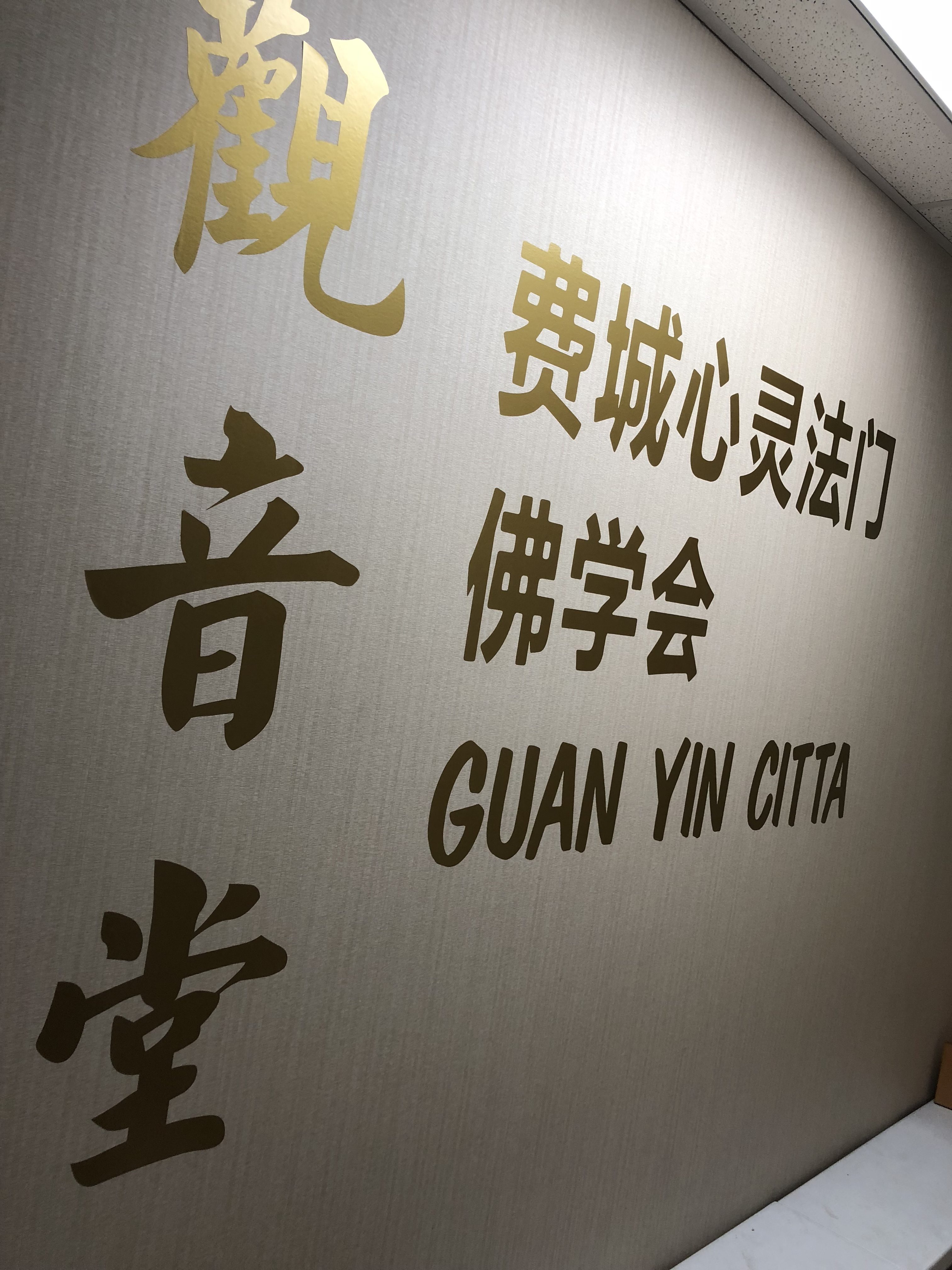 Approximately 200 members from around the area (including PA and NJ), though only two will be on duty in the center at any given time. Offers dharma class for children during weekly ceremonies.

Guan Yin Citta temple is located in Chinatown. The temple attracts members of all ages, predominantly Chinese from Fuzhou, but also parts of China and Southeast Asia. Ceremonies include a large proportion of older adults, but there is a children's sūtra-learning session that runs simultaneously ensuring that some families are present.

According to the interviewees (members), Master Lu specializes in channeling Avalokiteśvara (Guanyin), who helps him gather information that is hidden from ordinary human beings. Although with Guanyin’s help he can see invisible spirits, know about previous lives, and locate missing objects, Master Lu’s specialty is diagnosing and alleviating different illnesses such as arthritis, cancer, kidney problems, and miscarriages.

Once the cause of the illness is revealed, he prescribes a remedy consisting of a certain number of yellow cards or tallies (literally titled “gifts” 贈). Each tally has the names of a couple of mantras on it, along with a certain number of little circles that represent the number of times each mantra should be chanted. When devotees chant a mantra, they tick off a circle, continuing until they have completed the whole card. Each tally requires devotees to complete a total of 247 repetitions of the Great Compassion Dhāraṇī 大悲咒, the Heart Sūtra 心經, the Rebirth Dhāraṇī 往生咒, and the Seven Buddhas Mantra for the Eradication of Sins 七佛滅罪真言. Each tally—which we are told takes about 4 hours to complete once one is proficient—is worth 30,000 credits in hell, and can be used to liberate beings stuck in unfortunate rebirths or to appease demonic entities.

After completing the tally, each practitioner writes down their name along with the name of the person they wish to receive the benefits of the chanting. Based on the illness or the particulars of the case, devotees are instructed by the master to complete a certain number of tallies to complete the treatment. After the practitioner completes a tally, he or she is then instructed by the master to preserve it in a red envelope and store it away from the windows. This step is taken to ensure that the tally is not being seen by any ghost, who would steal the tally's power and render it worthless.

Members also use chanting during temple ceremonies to sanctify water that they use for blessing ceremonies. The power of the chants is said to give healing properties to the water, which is offered to devotees whenever they visit the temple to promote well-being.